A beneficient ruler always enjoys the loyalty of his people.

Education is beneficial to all.

The driver applied the brakes and the car pulled up a few inches off the chi .

This stick is so frail that it would break into two if you beat the dog with it.

Charge is followed by with and accused by of.

accuse for a milder offence.

He was charged with the murder of the newspaper boy.

He accused me of theft.

His childlike simplicity appeals to everybody.

To confess means to acknowledge personality for an offence or crime

admit means to own without taking any personality on one’s self.

He confessed that he had written that article but did not know how it was published.

I admit that my brother was wrong.

Contemptible is used with reference to a person or scheme that is base, mean and of low type

contemptuous denotes scorn and hatred and is used with reference to actions.

A sweeper is regarded a contemptible person in Pakistan.

Credulous means to ready to believe.

His version appears to be credible.

He is a credulous fool and believes every bit you tell him.

He did creditable work among the afflicted people.

A crime is a violation of law

An error is a mistake which may not be a crime.

It is a crime to publish a defamatory article about respectable person.

The magistrate committed an error of judgment and sentenced him to death.

Device is a noun meaning a contrivance

devise is a verb meaning to invent.

A machine is a device to save labour and time.

We can devise ways and means to meet such a situation.

Discomfit means to bewilder or perplex.

The counsel discomfited the witness by means of cross-examination. Discomfort means absence of comfort.

Think of the discomforts that the poor have to endure during these hard times.

Domineer means to rule over others in an unreasonable and tyrannical way.

Dominate has happier associations than domineer.

His domineering ways were dislike by all his colleagues and subordinates.

The Muslim League dominates the hearts of the masses in Pakistan. 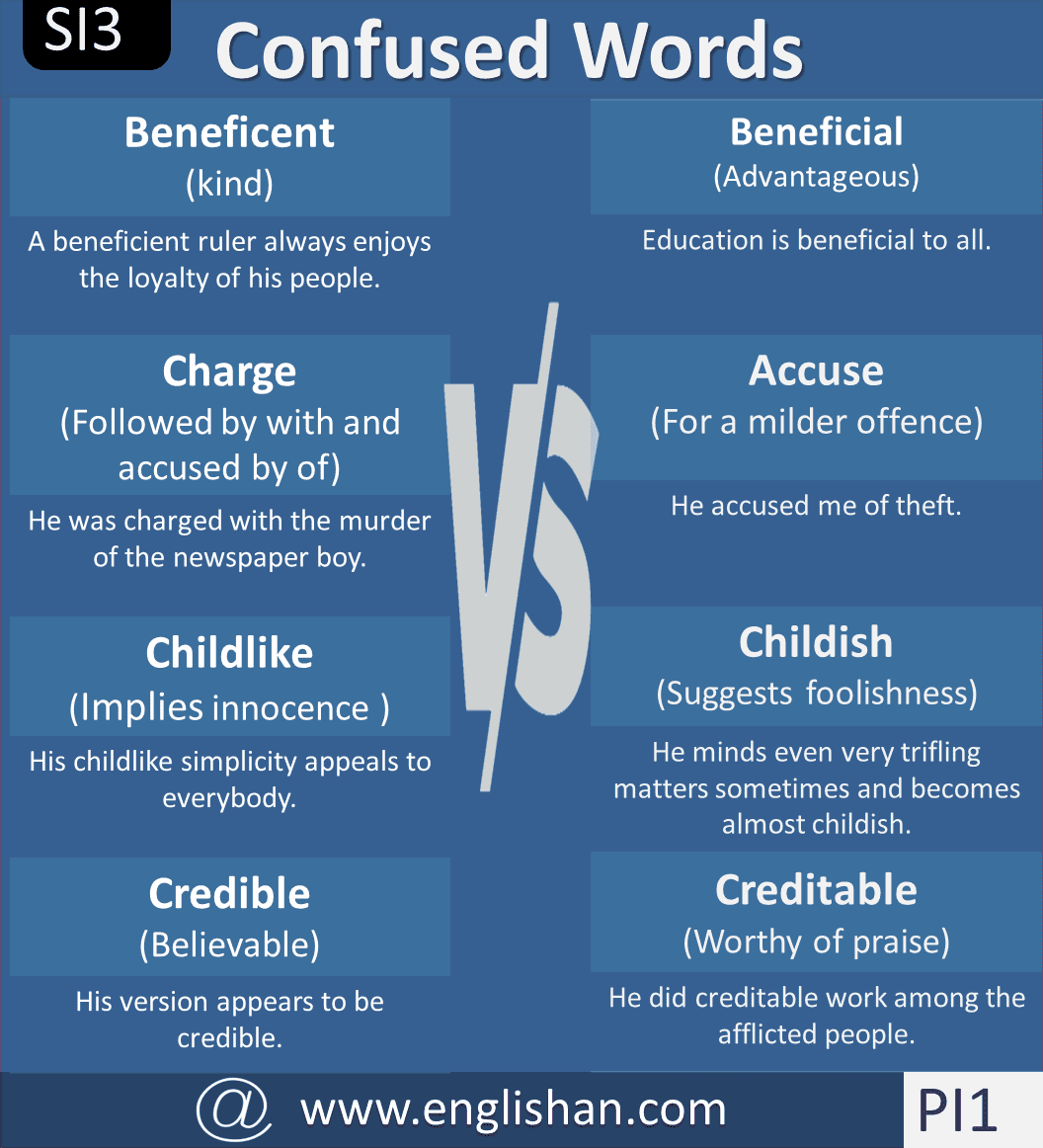 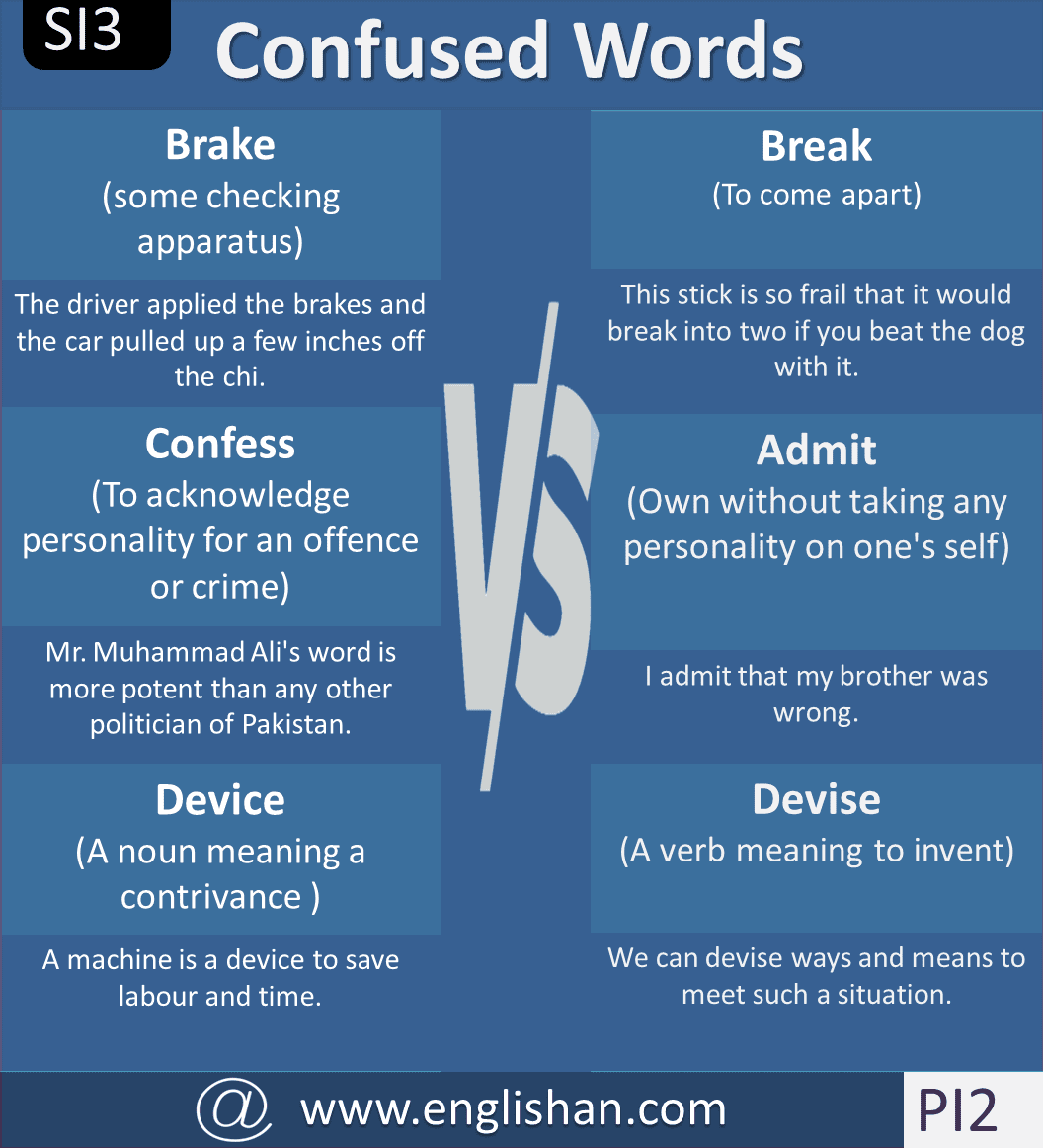