Human race can be divided into five distinct classes.

His attitude towards the criminals was very humane.

Incapable is used with reference to a permanent disability.

unable with regard to a particular instance.

He is incapable of holding a position as minister.

He is unable to come to college today.

To indicate means to reveal, explain or specify

imply means involve the truth of, or means.

The recent incidents indicate the trend of events to come.

These words imply that you will be paid for your labour adequately.

Infectious refers to a disease by germs.

contagious refers to a disease caused by coming into contact with a diseased person or animal.

Smallpox is an infectious disease.

Cholera is not a contagious disease.

He is an ingenious mechanic.

He related the incident in an ingenuous manner.

He is an ingenious mechanic.

He related the incident in an ingenuous manner.

Inhibit means to hinder or restrain and the restraint is from within a person.

prohibit means also to restrain and to forbid the doing, practice or use of something.

Our conscience always inhibits us from committing a moral crime.

The government has prohibited the sale of liquor in the locality.

To insinuate means to hint at something evil

Do you mean to insinuate that I have embezzled the money.

I can suggest a way out of the difficulty.

Ill means out of health

He is ill these days.

He is a sick man and should take particular care of his health.

To indict is to accuse

to indite is to compose or writer.

Whatever my fault, there need be no general indictment against me.

The clerk indited a letter but it was not approved by the officer.

He is and innocent man.

This drug is perfectly innocuous, so you may take it without any fear.

Judicial means pertaining to a judge or court of justice,

The judicial proceedings were long and boring.

By judicious investments he increased his wealth.

To kill is simply to put to death,

to murder a person is to put him to death intentionally.

I kill a bird but I murder a man.

To assassinate is to murder by surprise, design or secret assault.

liable is used when the consequences of the event are unpleasant.

Very likely the University Commission will visit our college during the next month.

The defaulter is liable to be expelled from the college.

Monstrous means both enormous and ugly.

Such a procedure will involve enormous waste of time.

He made a monstrous blunder by giving the contract to a dishonest and unscrupulous contractor.

To mitigate is to make mild the burden,

to remove is to take it away altogether.

Something must be done to mitigate his sufferings.

How can you remove your enemy from your bath?

A moat is a ditch surrounding a castle,

a mote a participle of dust.

The knight crossed the moat by swimming and reached the gate of the castle.

“As thick and numberless. As the gay motes that people the sunbeams.” — Milton.

Negligent is applied to a person

Negligible means any unimportant event or thing which may be disregarded.

He is very negligent in his studies.

The difference between the actual and the estimated costs was almost negligible.

The Roman Catholic kings persecuted the Protestants most mercilessly.

He was prosecuted in charge of trespass.

Prospective means expected and it applies to the future only

perspective means view and also means the art of drawing so as to give the effect of solidity, relative distance and size.

The prospective tenant of his building which is under construction is Mr. G.M. Nasir.

I have placed all the facts before you and you are now in a positions to study the whole situation in its true perspective. 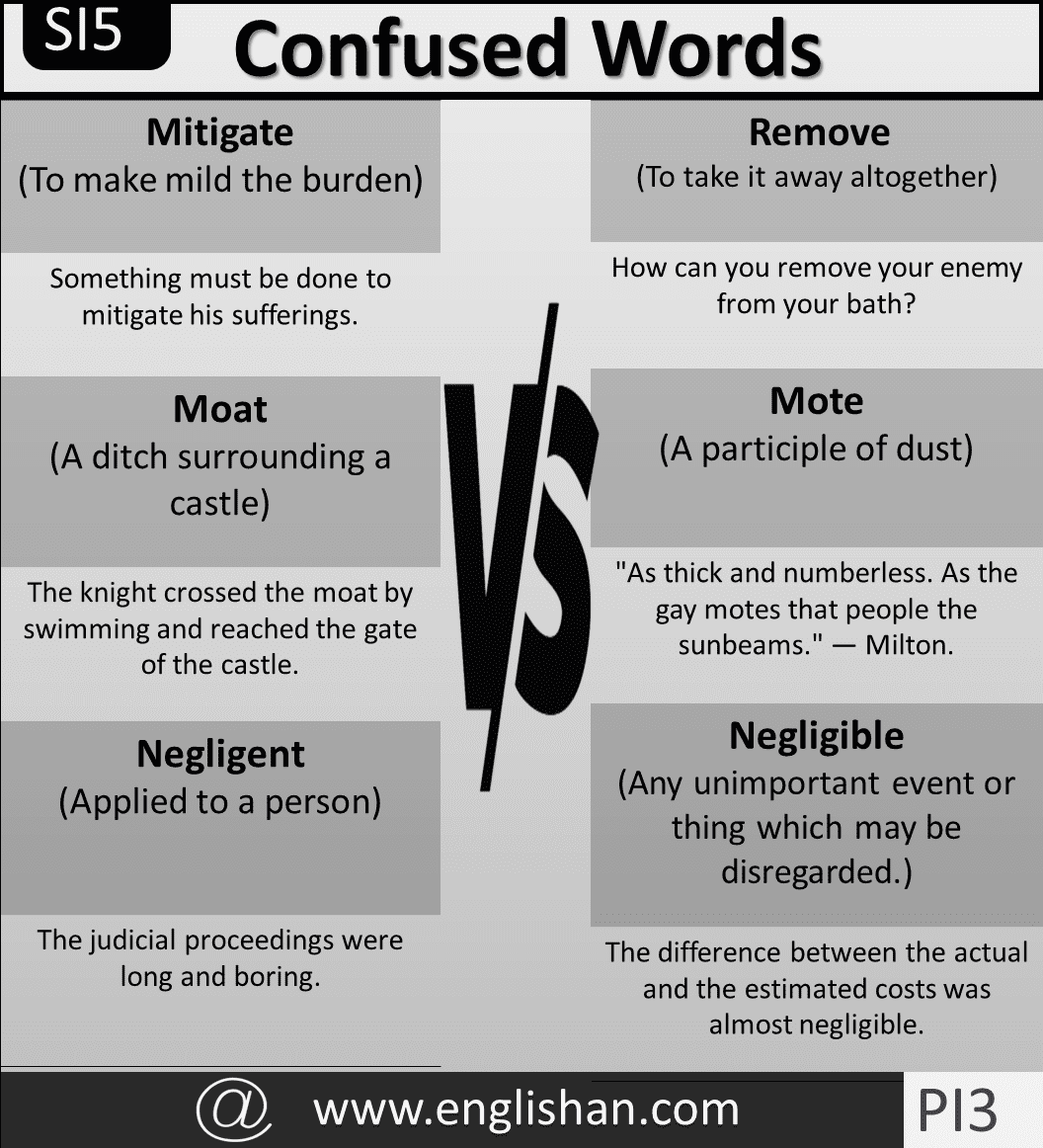 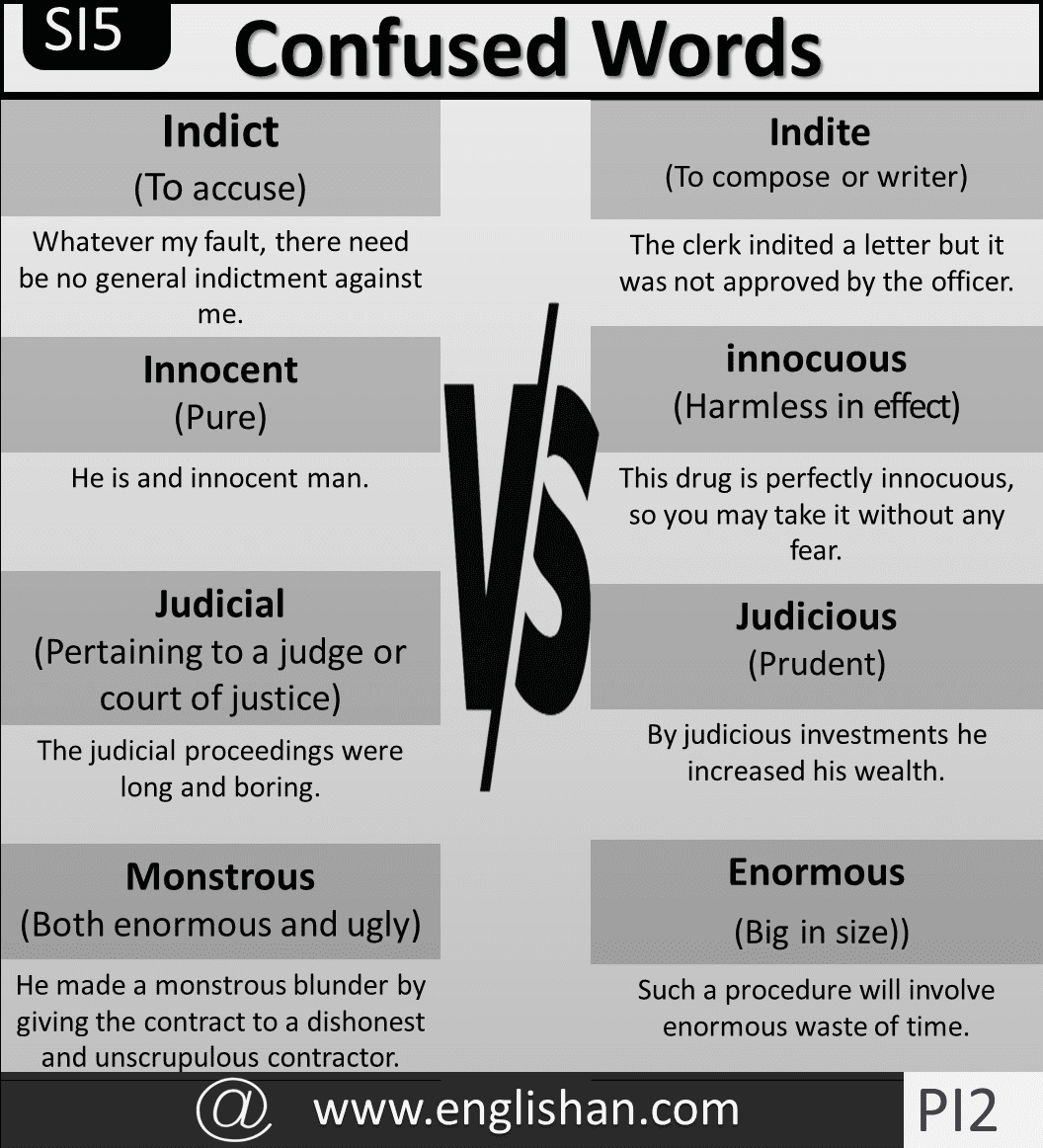 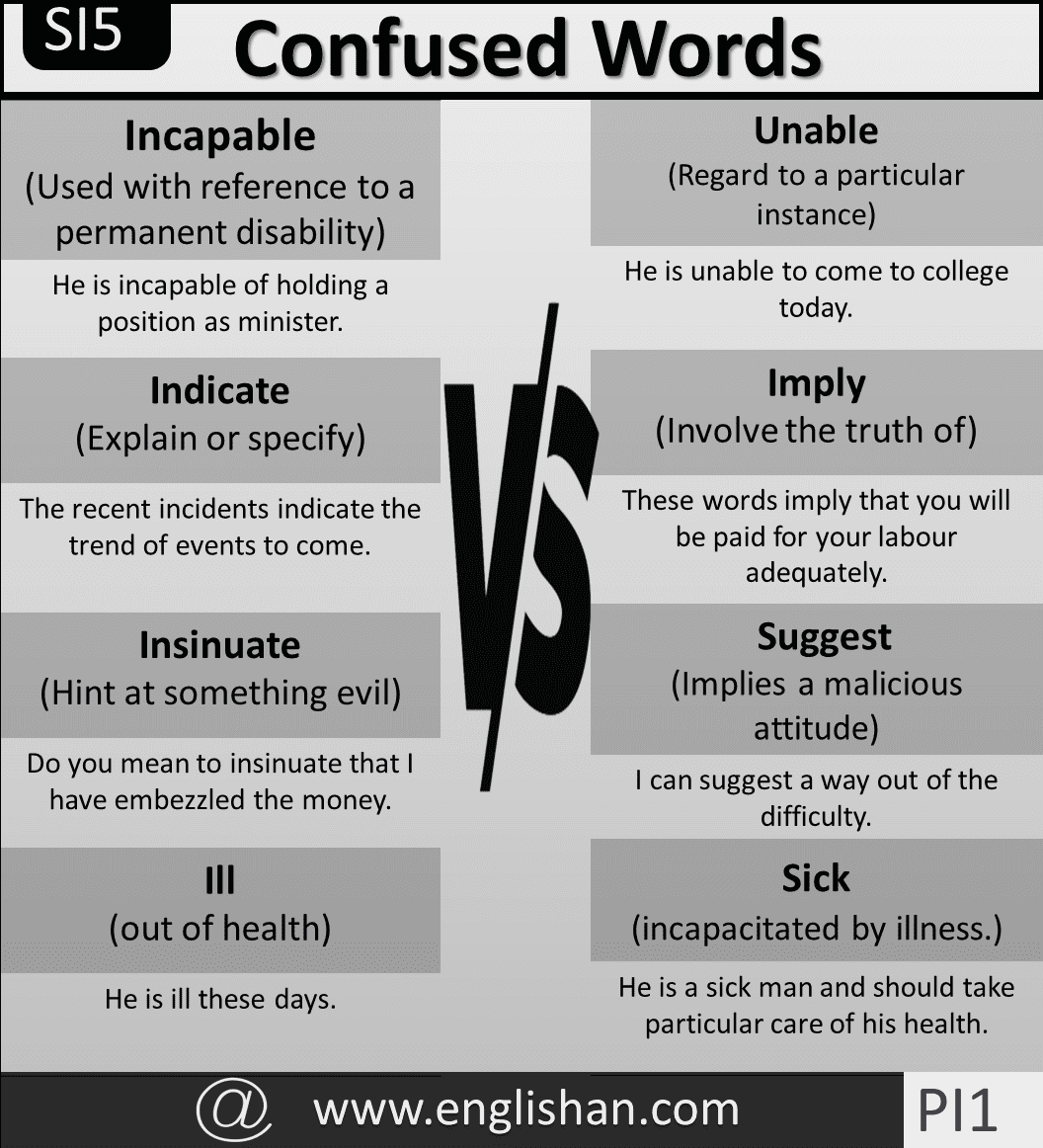