Nehru is trying to become a potential Hitler or Mussolini.

Mr. Muhammad Ali’s word is more potent than any other politician of Pakistan.

To pray is to offer prayer to God, and a prey is a victim.

To prey upon is to hunt and kill.

“The self-same moment I could pray.” – Coleridge “The shark at savage prey, the hawk at pounce” _Keats.

To prescribe is to lay down or to give directions

to proscribe is to prohibit.

The doctor examined the patient carefully and prescribed medicine for him.

The commissioner has proscribed all communistic material in his division.

possible is that which can exist or can be done or happen.

Probable is stronger than possible.

In human life everything is possible.

It is probable that he dislikes you.

Quaint is used with reference to objects which, though old-fashioned, are attractive

queer is used with persons who are strange-looking and are almost abnormal.

As I was returning home at midnight, a queer looking person accosted me.

The people of tribal areas have quaint customs.

Recipient is applied to persons only and means one who receives something.

A waste paper basket is a receptacle for all torn pieces of paper.

He was the recipient of a modal for standing first in his class.

Rout is the defeat of any army, or a crowd of travelers

route is the course followed.

The battle was a complete and utter rout.

I don’t know what route the army will follow forgoing to Balochistan.

Sanguinary means attended with much bloodshed.

He is quit sanguine of his success.

A sanguinary battle was fought at the Gladden Field between the Parliamentary party and King’s party.

Seam is a line in a coat, etc. where two edges are joined

to seem is to be appear to be.

His old coat has many frayed seam.

He seems to be an honest man.

Stolid is used with reference to human beings who are devoid of fellow feeling and emotion.

Iron is a solid metal.

Amjad is a stolid looking fool who has never done a wise thing.

To supersede means to replace

to surpass means to excel.

This order supersedes all previous communications on the subject.

He surpassed our expectations.

Sensual means to appeal to the best senses.

“Keats is the most sensuous of all the English poets.

He is a vile sensual beast.

We cannot expect him to check himself. He made a sensational discovery.

Simulation is pretending what one is not

Dissimulation is holding what one really is.

The teacher simulated anger in order to restore in the class.

A detective has often to practice dissimulation.

This is a straight roadway.

“Strait is the path and narrow is the say that leader unto truth.

Unqualified means not legally or officially qualified or not modified.

He was asked to tender an unqualified apology.

He has been disqualified from sitting in any public examination by reason of his political views. 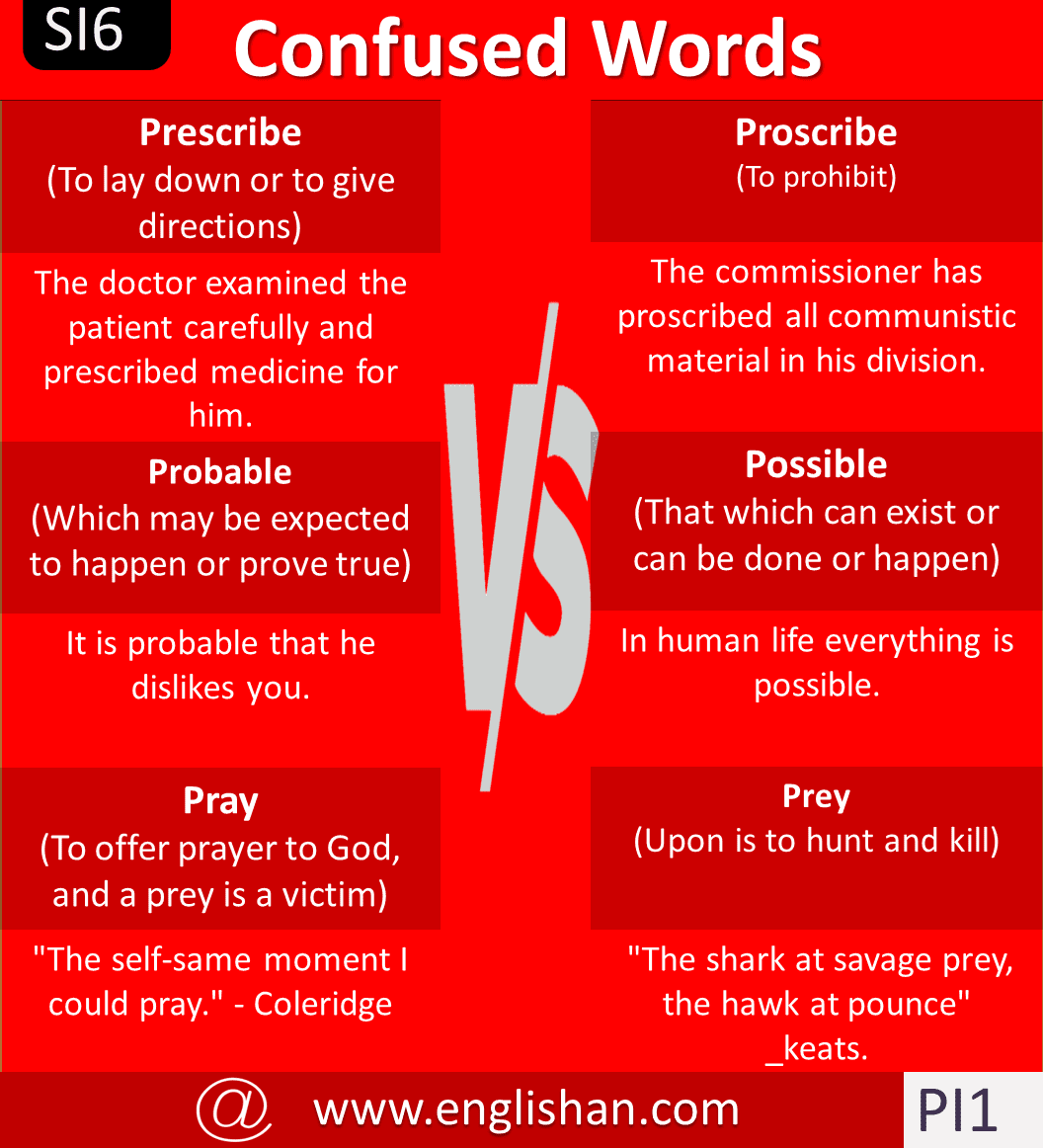 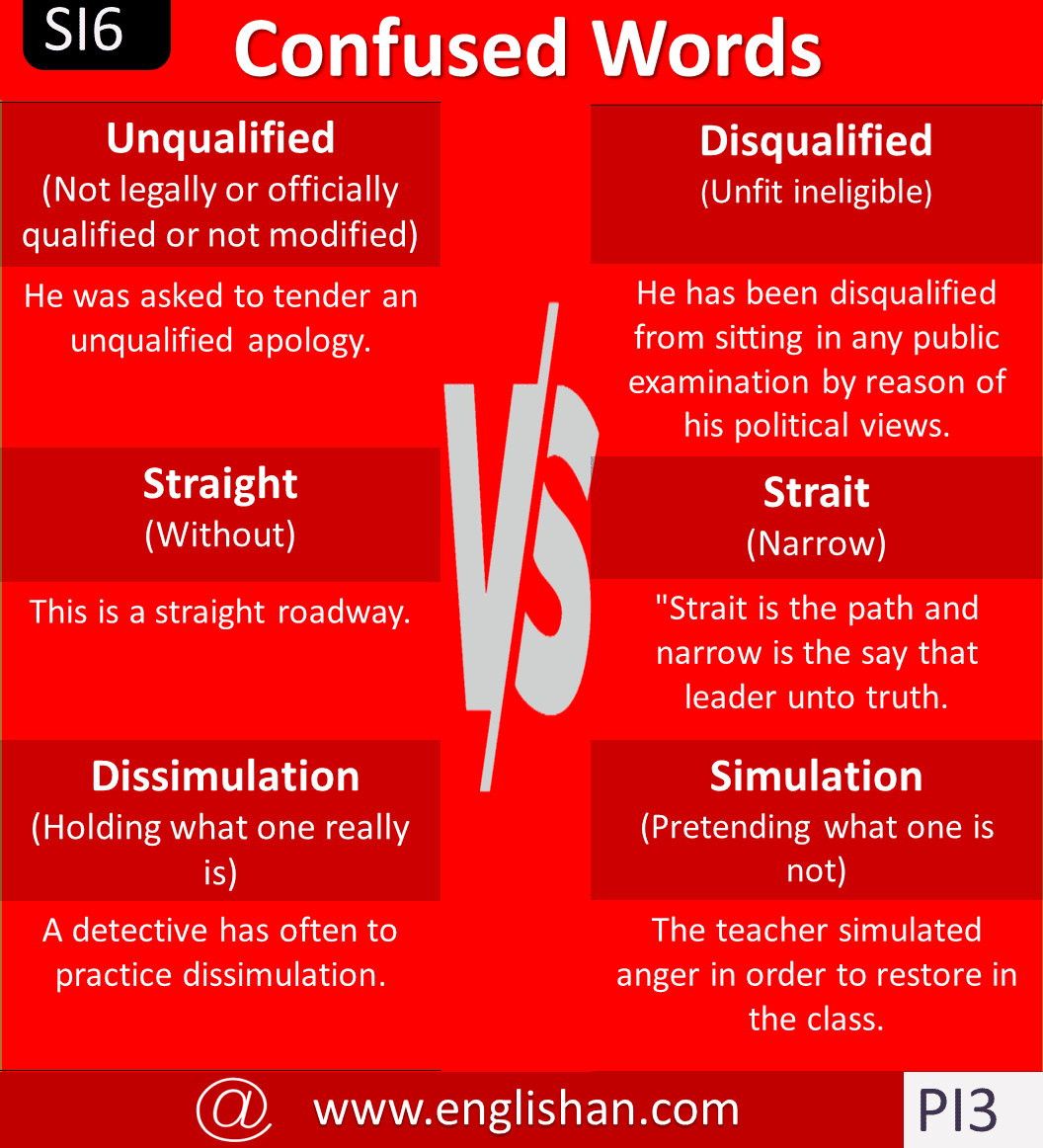 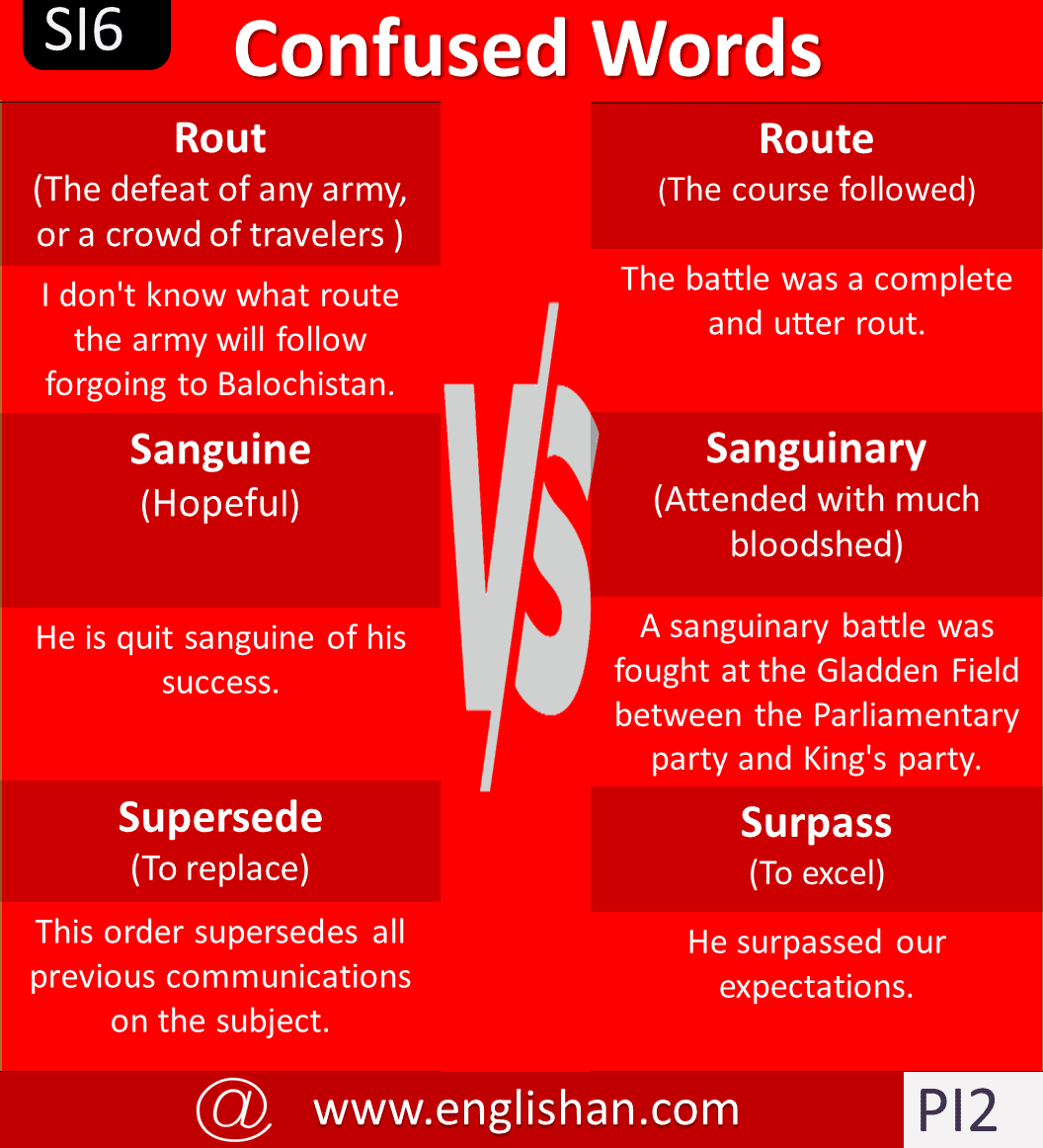