Educable: (adj.) Capable of being educated

We must not ignore educable children.

He had the eerie feeling that he had met that stranger before.

Someone has tried to tamper with the contract by effacing a few words.

The whole country had tried to efface the memory of the old dictatorship.

They recently conducted a series of tests to measure the efficacy of the drug.

from an industrial or sewage source; stream flowing out of a body of water

Effluents from various local factories are finding their way into the river.

In the evening sunshine, these diamonds glow with a salmon coloured effulgence

Emulate: (v) To imitate; try to do as well or better

I have to say I’m not exactly enamoured with this part of the country.

Enclave: (n) One territory set within a larger territory

A few years ago I was in Canada and I visited both the bidian and Pakistani enclaves in Toronto.

He rejected the charges that his troops had encroached upon foreign territory.

The United Nations endeavoured to bring peace to the region.

Engineer’s are endeavouring to locate the source of the problem.

Endow: (v) To provide with a talent or quality; to give property

Some lucky people are endowed with both brains and beauty.

In August, Lahore often has hot, humid and enervating weather.

It is really an engrossing book.

She is a bit of an enigma.

He is the most enigmatic of all our poets.

Ennui: (n) Boredom; tedium; a feeling of weariness and dissatisfaction

The whole country seems to be affected by the ennui of winter.

His paintings depict the enormities of war.

Enraptured: (adj.) Filled with intense delight; carried away by joy

We were enraptured by the view of the mountains.

The Prime Minister entered the city with his entourage.

The idea of democracy is entrenched in free societies 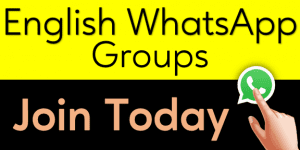