Advent is used with reference to an important event.

Arrival is used with reference to a person, a vehicle or an automobile.

Capacity means power to receive, no or contain

Addicted is used with reference to a voice.

Devoted is used with reference to pursuits or objects considered noble.

Adapt Vs Adopt Vs Adept

Adapt means to adjust to circumstances or occasions.

Allow implies absence of opposition but does not always imply approval.

whereas Permit implies sanction and approval.

Anxious is used to denote a state of suspense.

Allusion implies indirect hint or reference to someone. 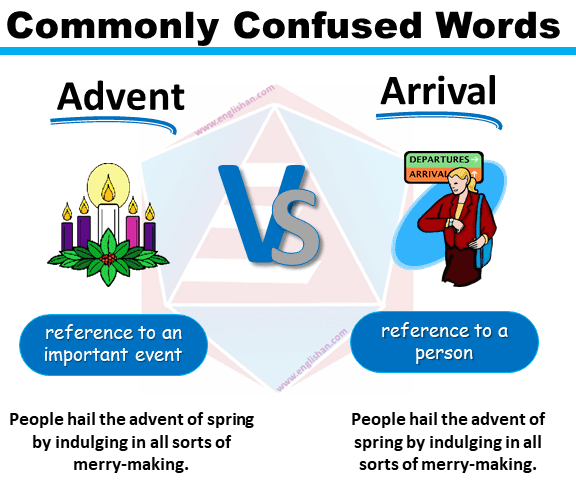 You can assume a pose, a theory, a supposition, a false name or an inference;

Adopt means to accept and to regard as one’s own.

To allude is to refer casually or incidentally.

To refer means to give definite and full information.

An altercation is a verbal fight.

whereas a fight implies the use of physical force.

Ancient should be used when an object is old as the historical period, especially the earliest periods.

Old is used for an object which is nearly zoom out.

Except means to wait for the arrival of some. 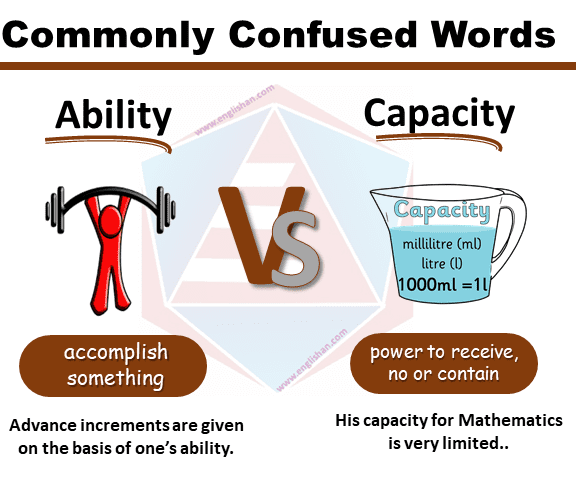 Charge is followed by with and accused by of.

Accuse for a milder offence.

A crime is a violation of law

An error is a mistake which may not be a crime.

Contemptible is used with reference to a person or scheme that is base, mean and of low type

Contemptuous denotes scorn and hatred and is used with reference to actions.

Discomfit means to bewilder or perplex. 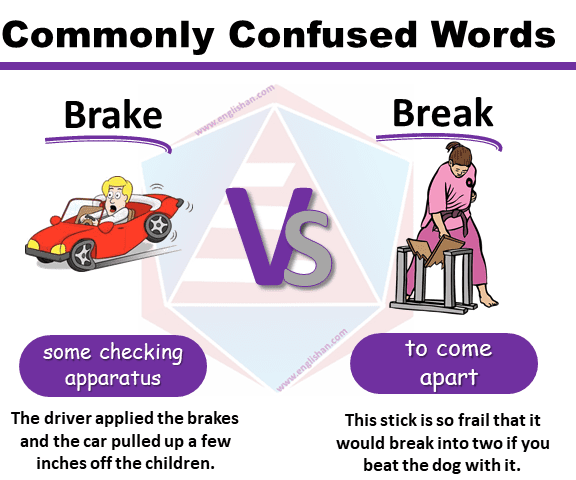 Device is a noun meaning a contrivance

Devise is a verb meaning to invent.

Domineer means to rule over others in an unreasonable and tyrannical way.

Dominate has happier associations than domineer.

Economic refers to the science of economic.

Evidence is the statement of fact.

Testimony is the confirmation of a statement.

Elapse is a verb meaning to pass and is used with reference to time only.

Lapse means a period of time. 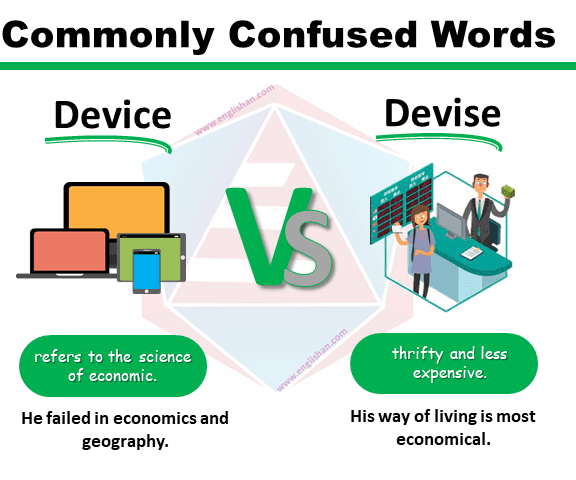 Elder is used with reference to a relative only.

Older is comparative degree of old.

Excuse me Vs Pardon me

Excuse me is employed when the fault committed is minor.

Pardon mean is used when the fault is serious and objectionable.

Effectual means that which produces a good effect.

Effective is that which produces an effect.

The word future should be used to denote time only.

Farther is used with reference to distance or space

Further implies something additional in thought. 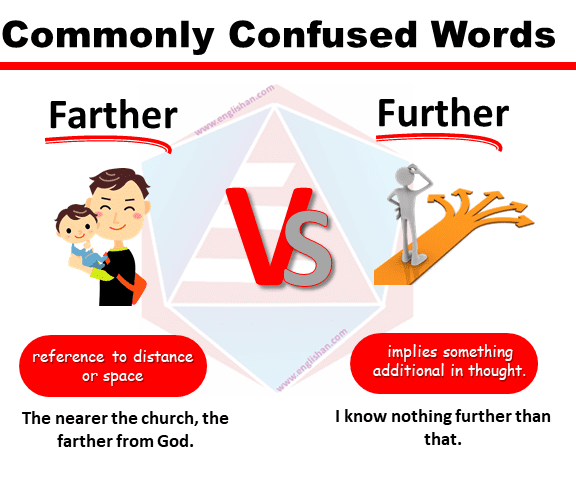 Greed means instigate longing for something,

Grandiloquent is one whose style is pompous or verbose.

Eloquent is one who is a fluent and powerful speaker.

Happily means in a happy manner.

His attitude towards the criminals was very humane.

Handicap is an artificial

Hindrance resulting in advantage or disadvantages. 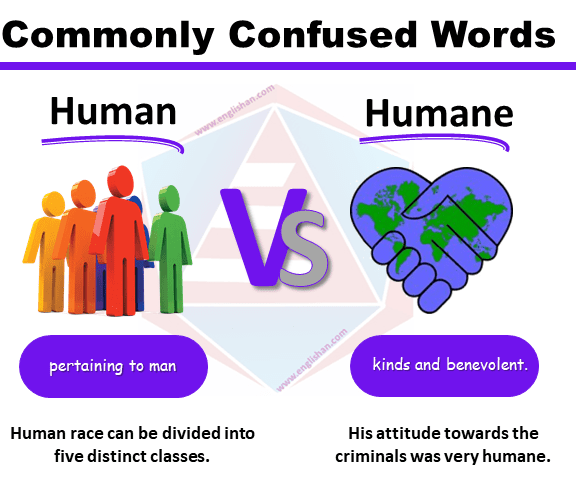 Incapable is used with reference to a permanent disability.

Unable with regard to a particular instance.

To indicate means to reveal, explain or specify

Imply means involve the truth of, or means.

To insinuate means to hint at something evil

Ill means out of health 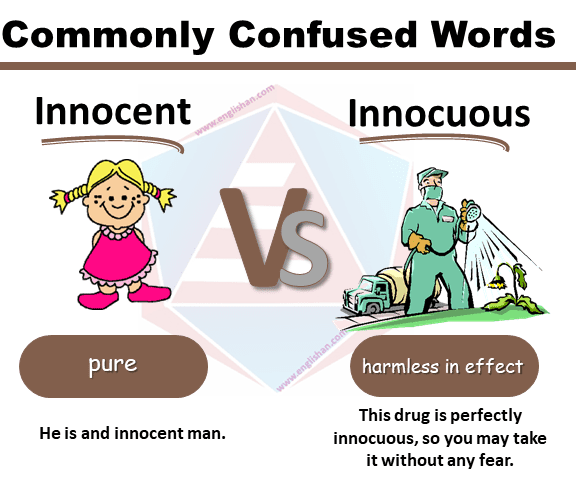 Judicial means pertaining to a judge or court of justice,

Kill Vs Assassinate Vs Murder

To kill is simply to put to death,

To Murder a person is to put him to death intentionally.

Liable is used when the consequences of the event are unpleasant.

Monstrous means both enormous and ugly.

A moat is a ditch surrounding a castle,

A mote a participle of dust.

Negligent is applied to a person

Negligible means any unimportant event or thing which may be disregarded. 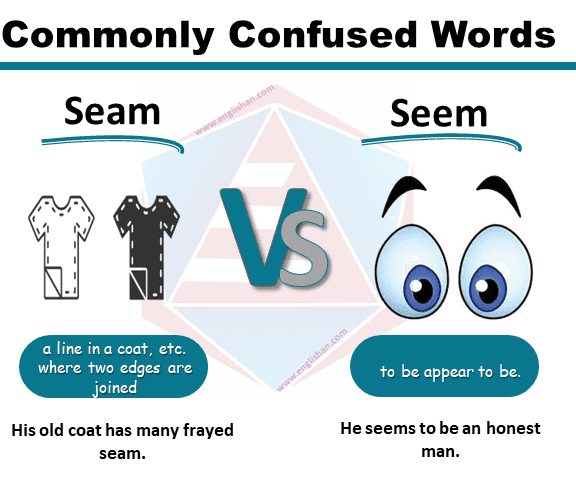 Prosecute means to carry out a plan or to bring a law-suit against a person.

Possible is that which can exist or can be done or happen.

Quaint is used with reference to objects which, though old-fashioned, are attractive

Queer is used with persons who are strange-looking and are almost abnormal.

Recipient is applied to persons only and means one who receives something.

Seam is a line in a coat, etc. where two edges are joined

To seem is to be appear to be. 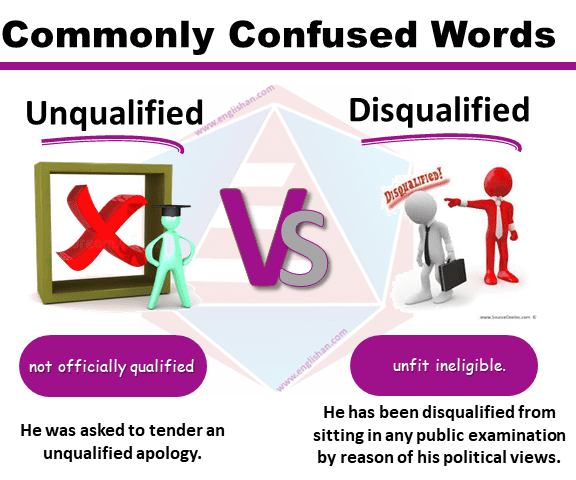 Stolid is used with reference to human beings who are devoid of fellow feeling and emotion.

Sanguinary means attended with much bloodshed.

Simulation is pretending what one is not

Dissimulation is holding what one really is.

Sensuous Vs Sensual Vs Sensational

Sensual means to appeal to the best senses.

Unqualified means not legally or officially qualified or not modified. 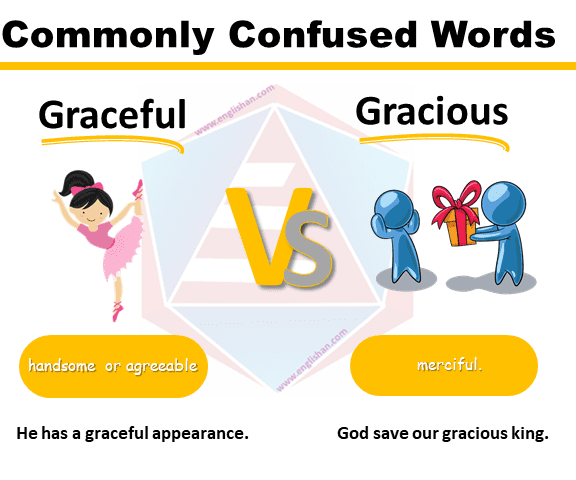