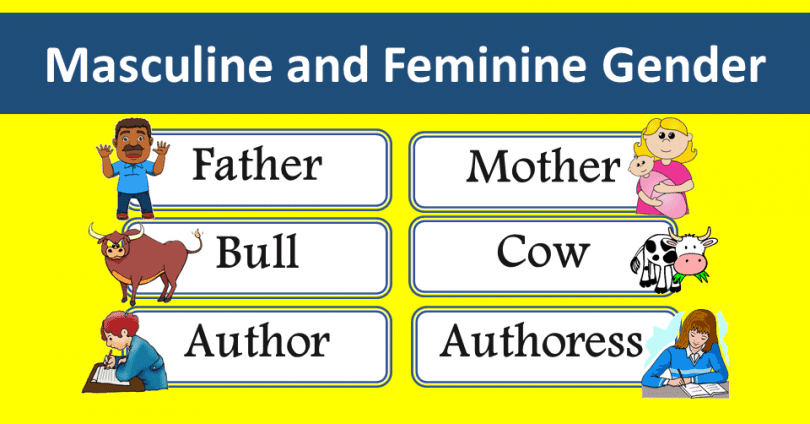 There are three ways of forming the Feminine of Nouns:

1: By using an entirely different word; as

|Note that in the following -ess is added after dropping the vowel of the masculine ending!

Note: – The suffix -ess is the commonest suffix used to form feminine nouns, and the is the only one which we now* use in forming a new feminine noun.

Narmeen Khan is a blogger, Graphic Designer and Montessori Teacher graduated from the top ranked varsity of Pakistan. She is keenly interested to write blogs and loves to create content, particularly she is at home in creating visual content . She is active on social media with a fan following of almost 90,000 people around the globe.