Direct Speech is the exact words spoken by someone. It is enclosed within quotation marks.

“The ship is sinking,” said the captain. Indirect Speech is when we report what someone else has said.

The captain said that the ship was sinking.

“This passage, our teacher said, “has been taken from Tom Sawyer.”

“Is this my plate?” asked Bob.

“I want to see him now!” shouted John.

“I think it will rain tonight,” said Jim. “I don’t think so,” replied Sam.

4) Alt verbs change to the past participle form in indirect speech. 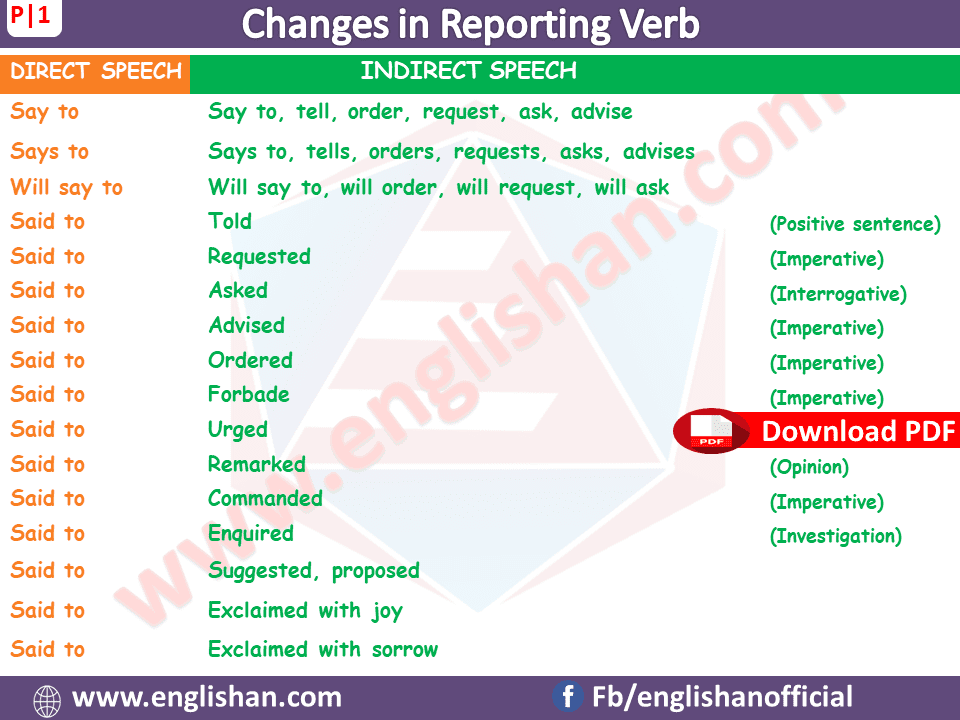 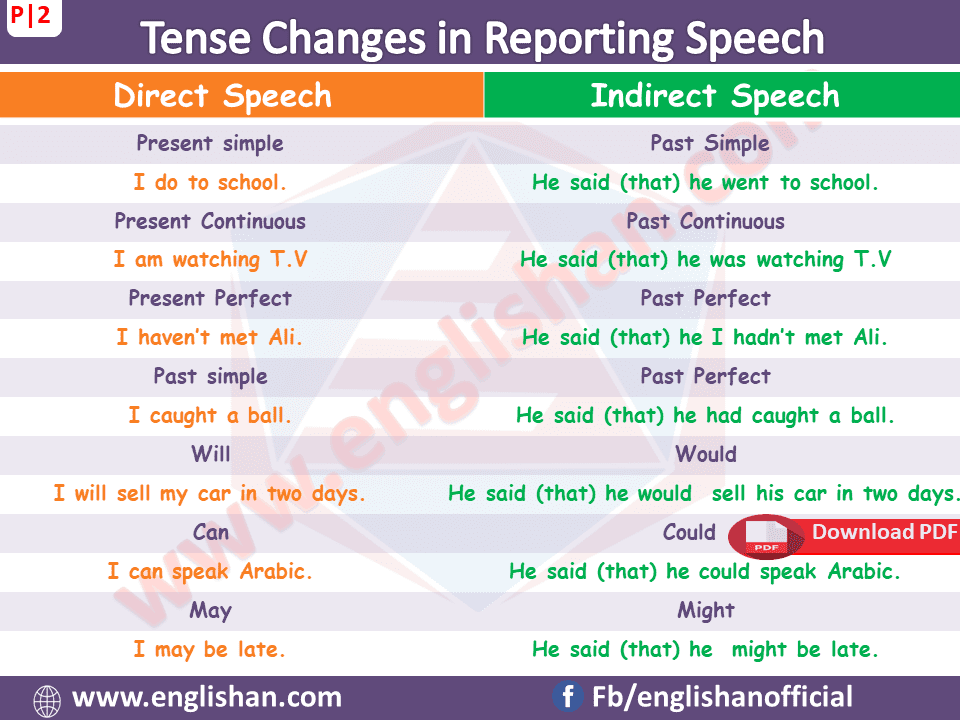 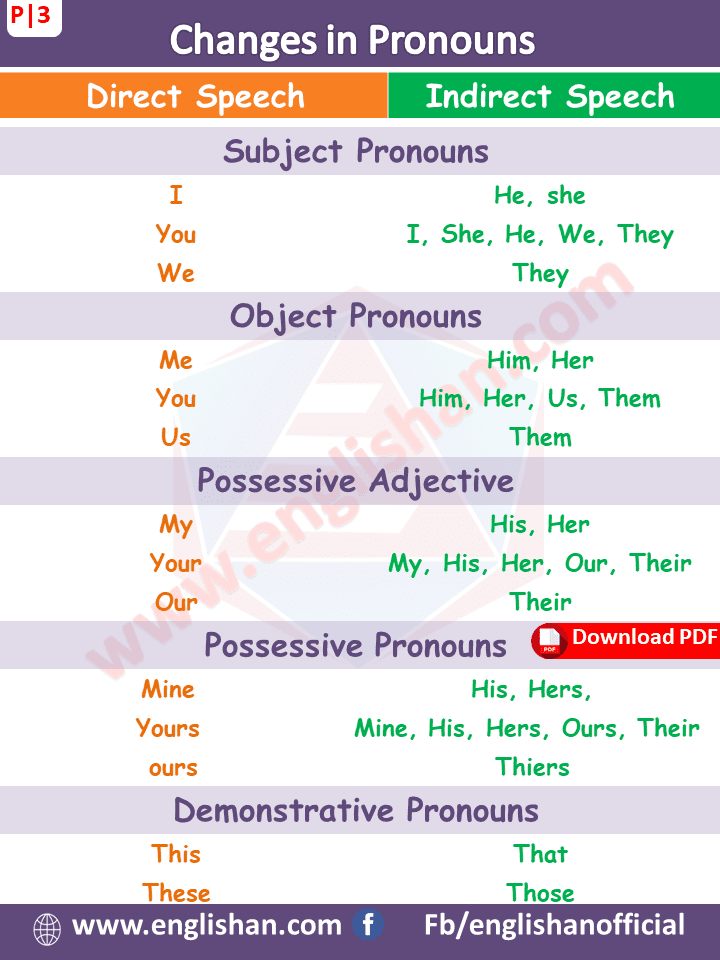 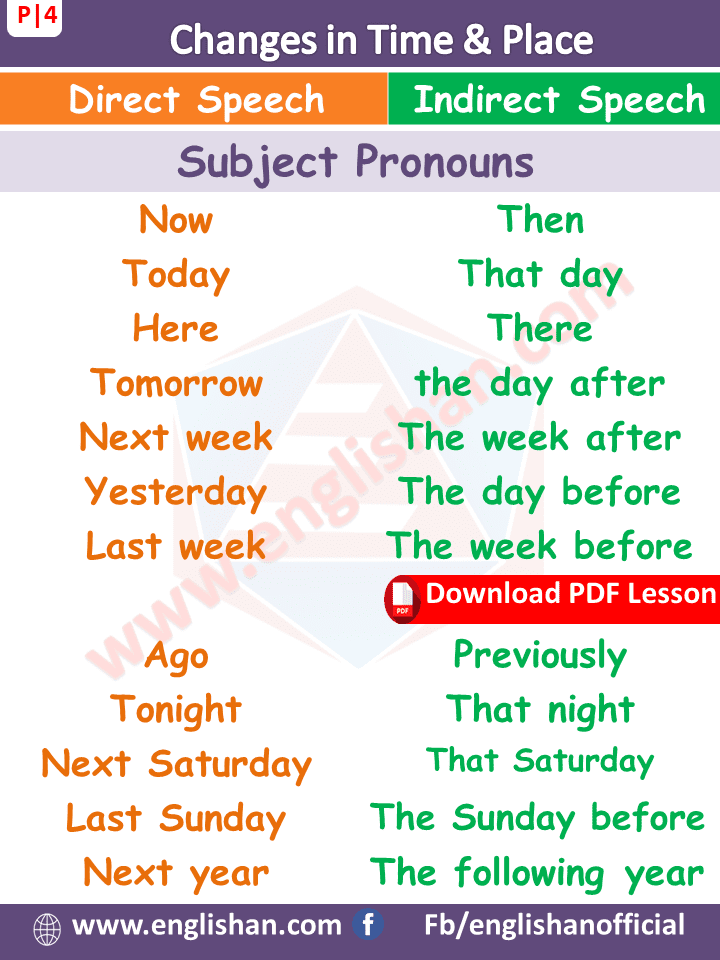